In this body of work I am examining the patterns of growth created as an organism consumes a substrate or reacts to environmental stimuli and the structures formed as energy transitions from state to state. These forms can be as dramatic as a wind-bent tree or as subtle as the ripples left in the sand as a wave recedes. I love to explore these patterns and structures as they are a glimpse of otherwise invisible forces that shape our world. They are a frozen moments in time. For me the best place to experience these patterns is on wild coastlines such as Golden Bay’s west coast. Here between the bush and the sea, life is reduced to narrow bands of existence, and energy in the form of wave and wind is constantly changing and dissipating as it hits land. The forms of life and the structures of erosion are spectacular.

I work in various media, mostly metals. In this exhibition Changing Stories I have decided to restrict myself to recycled copper panels. I am totally self-taught and through a process of serendipitous experimentation I have developed my own methods of melting, beating, bending, and fusing copper into organic forms. Copper is a lovely metal to work with; malleable and enduring with a beautiful cast of warm colours.

This body of work represents a considerable advance in my ability to trust in and loosen my control of the design process. This has resulted in a greater sense of ease, allowing more flow and movement in the art works.

The unique work of self-taught artist Ché Vincent can be best described as living metal. His work often explores the patterns of growth created by living organisms as they expand and consume, transforming matter. Another common theme in Ché’s work is the transition and dissipation of energy as it changes state as seen in flowing water or wind-bent trees. While Ché’s artworks are undoubtedly beautiful, adeptly rendered as they are in the warm colours of copper, they can also be confronting and gnarly. “I love the juxtaposition of the thorn and the rose” says Ché, “I also appreciate the beauty in imperfection and adaptation.”

Ché lives at Riverside Community, near Motueka, where he makes and sells his work through his own studio and gallery. Riverside is a 75 year old intentional community started by Christian pacifists including Ché’s grandparents during World War II.

For inspiration Ché looks to his bonsai and to the wild places of the northern west coast where he likes to go exploring with his family and friends. 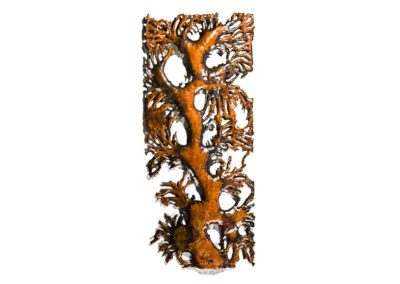 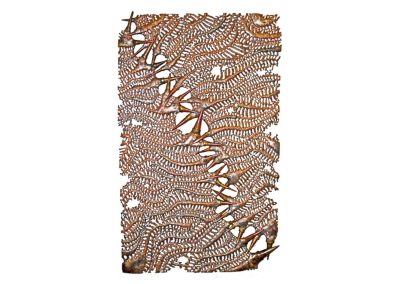 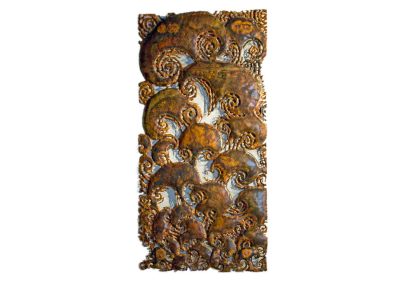 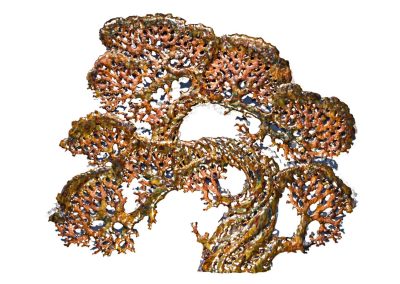 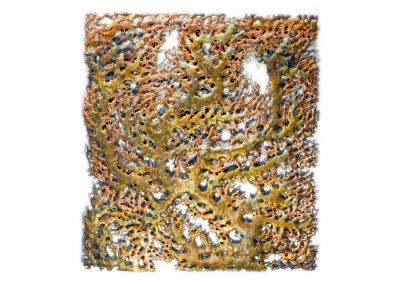