Llew Summers was born Christchurch, New Zealand in 1947 and died 2019, he had been sculpting for more than 50 years.  In 1971 he held his first exhibition of 27 works, and since then held many one-man shows as well as exhibiting alongside other artists.

​He believed it is the role of the artist to challenge: “if it’s not challenging, then, in some way, it’s not new”.  His interest was primarily in figurative works, and is celebratory of the human form, affirming the beauty of the human body.  However, following a formative and revelatory overseas trip his use of religious symbolism developed.  It was first manifest through a series of icons and shrines comprising crosses, hearts and lights.  It then led to a fertile preoccupation with winged forms; most often, but not exclusively, attached to bodies.  These angels are an obvious melding of the human and the divine – bringing an explicitly spiritual element to his work and highlighting the important role of morality, and the spiritual dimension of human existence.

“What’s important to me is to get a balance between the physical and the spiritual in life.  We’re given a soul and we’re given a body.  Sculpture is a nice balance because works can be made which are deep and meaningful, but they require your physical body to produce them.  Works must have soul, rather than being merely clever or smart.”

In 2000 he was commissioned to carve a set of Stations of the Cross for the Cathedral of the Blessed Sacrament in Christchurch.  His depiction of the crucified Christ caused some controversy (to which he is no stranger) due to Christ being naked and Llew reluctantly added a plaster loin cloth.  The Stations inspired the writer Bernadette Hall to write a series of poems, or meditations, and these were published, along with images of the works, in a book: The Way of the Cross.  The Stations and Hall’s poems in turn became the inspiration for New Zealand composer Anthony Ritchie’s fourth symphony, Opus 171, Stations.  The work was written for the Christchurch Symphony Orchestra (CSO) and was dedicated to those who suffered in the major earthquakes that hit Christchurch in 2010/2011.  Stations was first played in Christchurch in February 2014 and has been recorded by the CSO on Atoll (ACD314).

​He regularly participated in outdoor sculpture shows such as those held at the Auckland Botanic Gardens, NZ Sculpture Onshore, Tai Tapu Sculpture Gardens, as his larger works are ideal for garden and other outdoor settings.  His large sculptures can be seen in public spaces from Kaitaia to Wanaka and many localities in between, with Timaru having purchased its second large work, Encircling the Baroque in late 2017 – now installed in a prime location on the piazza of the Bay Hill, overlooking Caroline Bay.

Llew Summers is sorely missed by all, he was well loved for his enthusiasm for art and life. His extreme work ethic left many works from all era’s of his artistic life unsold. We at Little River Gallery have been fortunate to have been given the opportunity to sell these gems on behalf of his family. 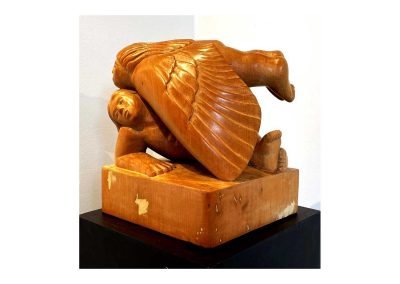 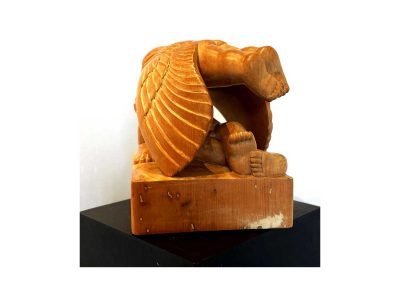 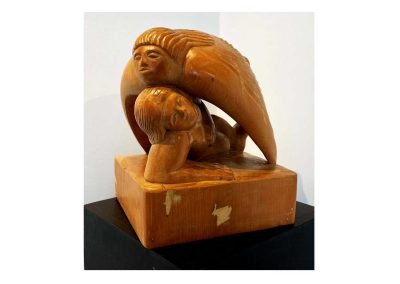 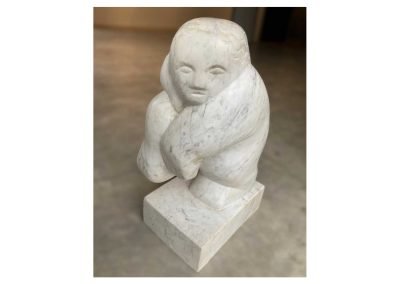 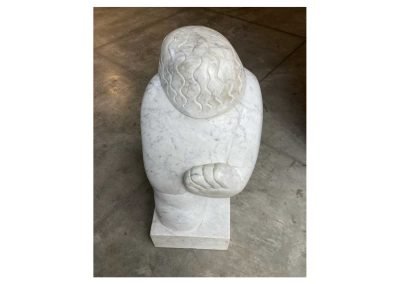 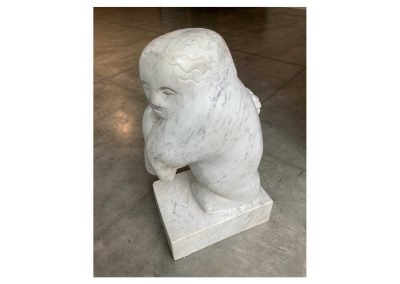 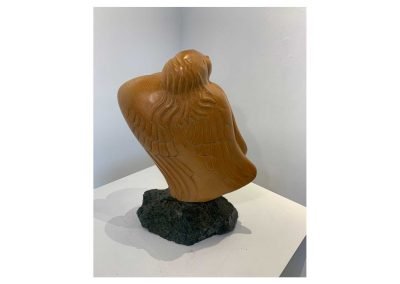 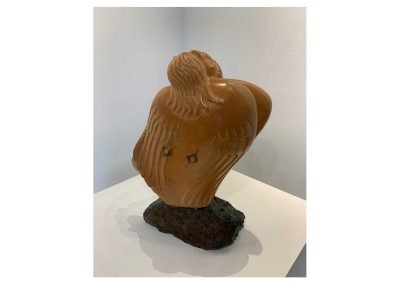 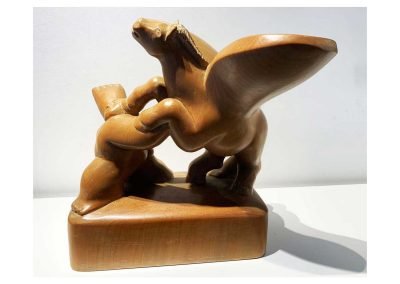 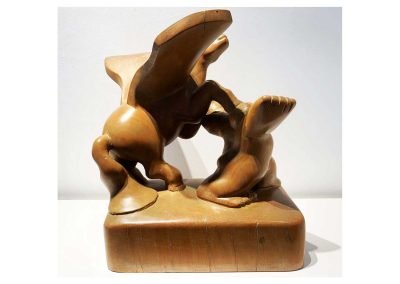 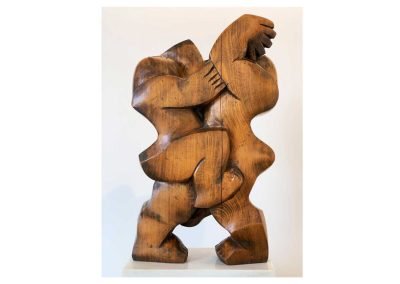 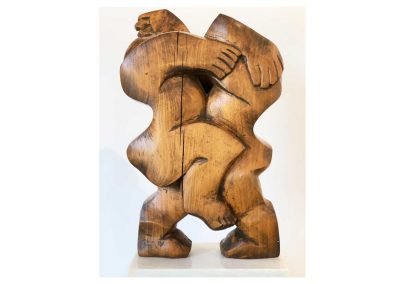 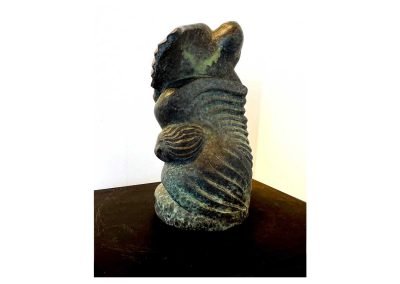 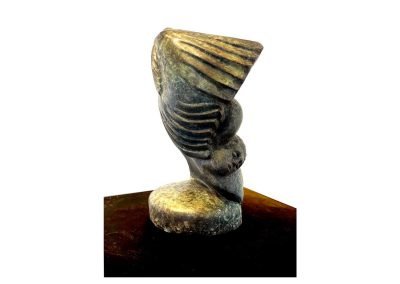 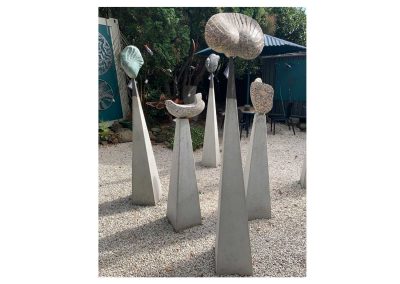 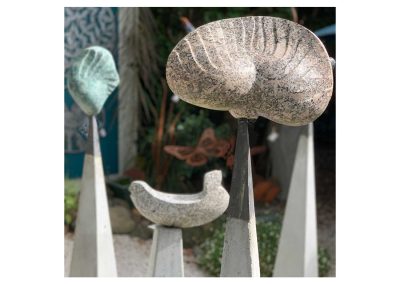 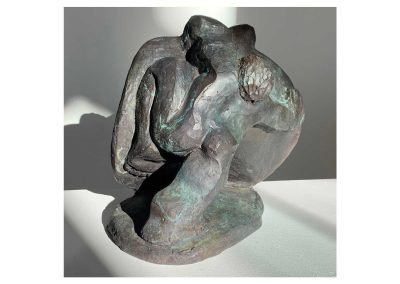 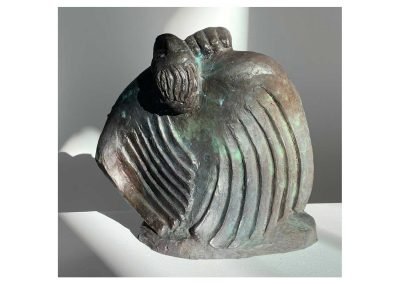 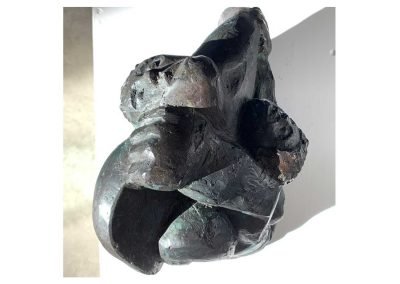