Robin Slow was born in Wairau (Blenheim) and started his formal education there, later moving to Christchurch and completing his high school years at Christchurch West. To keep himself at school he started working as a commercial artist before moving on to complete a Diploma of Teaching with an art major at Christchurch Teachers’ College. After spending some time in Christchurch he moved with his family to Twizel where he took up a position teaching visual arts and design. For the last 31 years he has been teaching art at Golden Bay High School, Takaka, Mohua/Golden Bay. The teaching of art has been a major focus for him but in turn it has provided a learning and development opportunity for his own work and progression. He eventually resigned this position to concentrate on his own image making. He continues to teach and work through Onetahua Marae.

Since 1991 Robin has worked with the whanau at Onetahua Marae producing murals, taonga puoro, kowhaiwhai and carving, finishing in the completion of the wharenui, Te Ao Marama. He had overall responsibility for the design and layout of the wharenui. Robin spent ten years gathering information and working through the many different aspects required for the wharenui. With the Tangata Whenua of the area supporting and guiding, a framework was provided for the development of processes, procedures and philosophy within the tikanga that provided the context for his art. Through the marae he had the opportunity to work with people from throughout Aotearoa and overseas, artists and students alike, attracted to the heart of Mohua/Golden Bay. A large number of works were completed on a community basis.

Painting, as an individualistic process, took over for Robin mainly as a means of visually recording the learning process and the discoveries that had been explored over these preparatory years. The act of painting and making marks on a variety of surfaces was always a passion or driving force. The materials spoke, and as they had a whakapapa, they demanded attention. There the paintings would have stayed in piles in the studio corner, being used as koha for the marae, but one of Robin’s whanau (family) saw the works and took it upon themselves to organize an exhibition in Wellington. This was Robin’s first solo exhibition for twenty years. Over the years his work has developed and changed, but is still distinctly his own. He has developed a relationship with other artists from different disciplines working on collaborative exhibitions and projects that have led to outcomes with an integrated tikanga Māori approach. The work with Brian Flintoff, creator and carver of taonga pūoro, and composer/musician Bob Bickerton is a case an example.

Robin had exhibited extensively, both solo and as a group, throughout the country. From these exhibitions, different galleries, and his own studio, works have travelled to many different parts of the world. He has worked on marae with whanau to produce co-operative works, taught at workshops and worked with other artists, not only visual, but also on a variety of different projects. 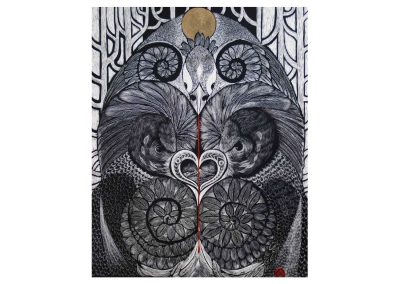 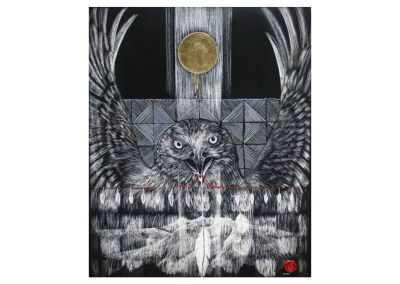 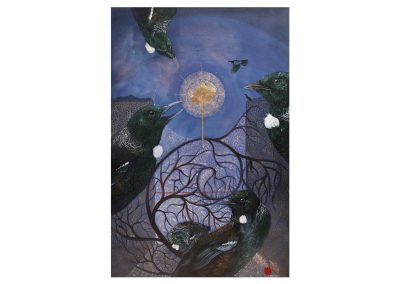 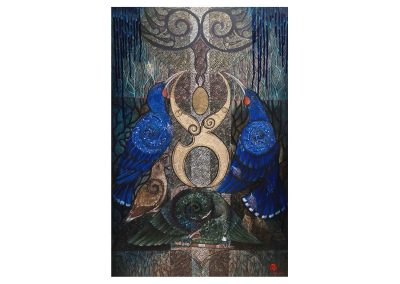 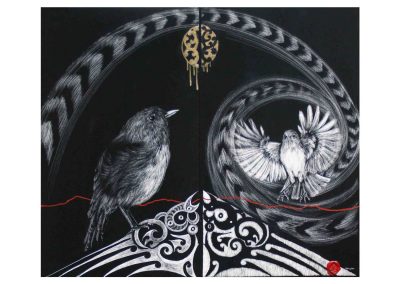 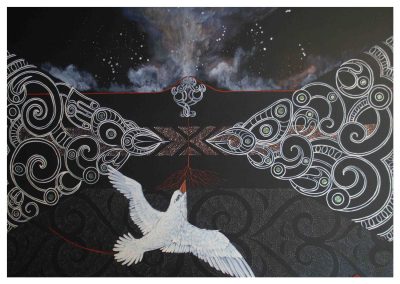 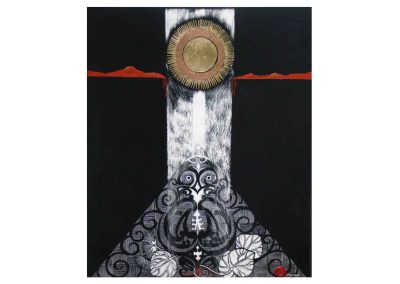 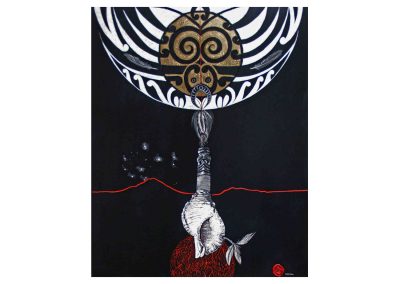 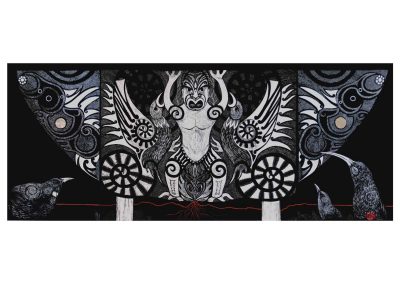 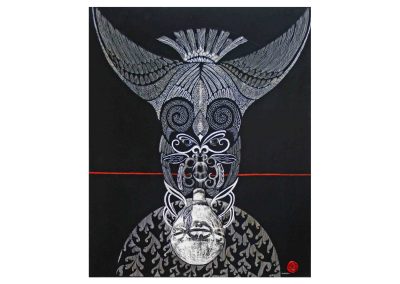 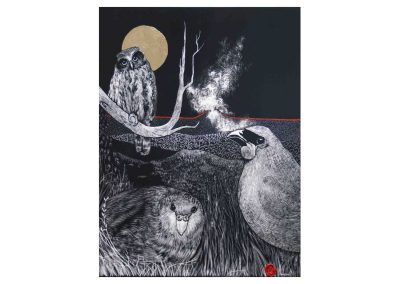 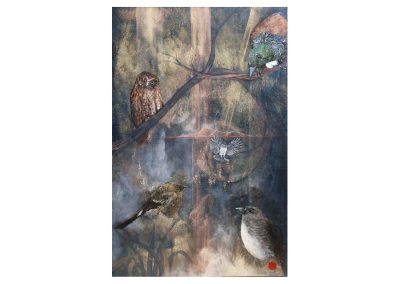 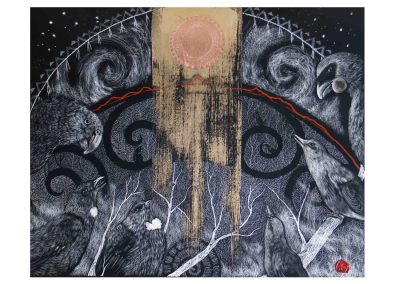 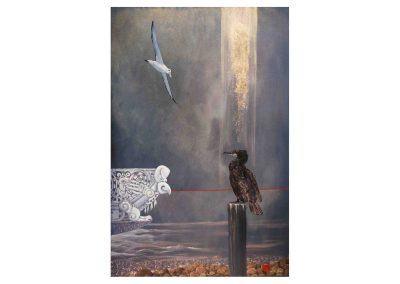 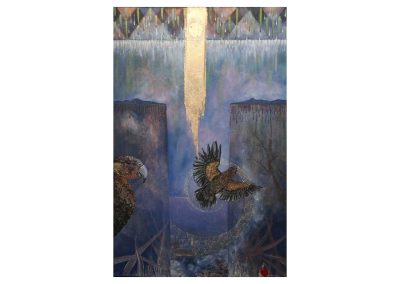 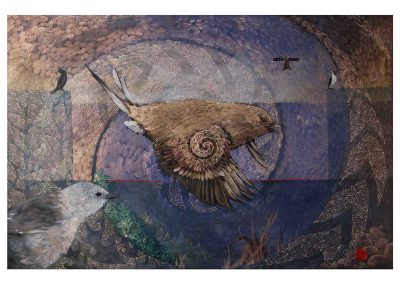 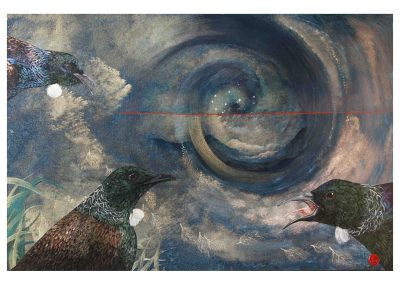 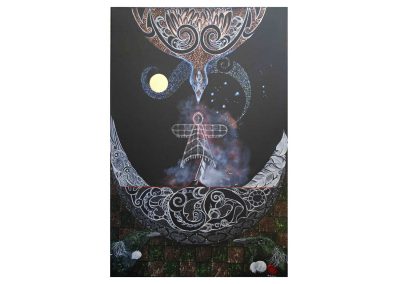 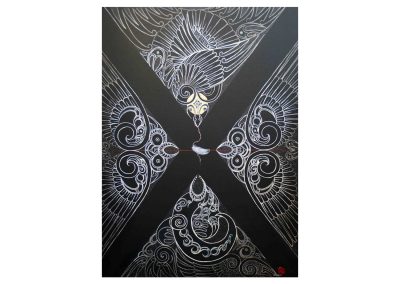 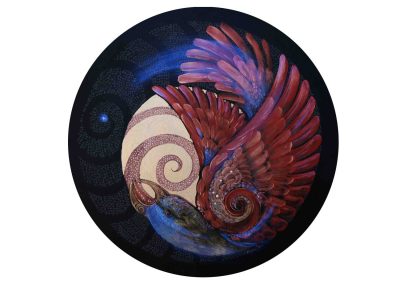 Friend! The hākuwai is the bird that is always calling out its own nameRobin Slow
Acrylic and gold leaf on canvas
510mm diameter
$1,400 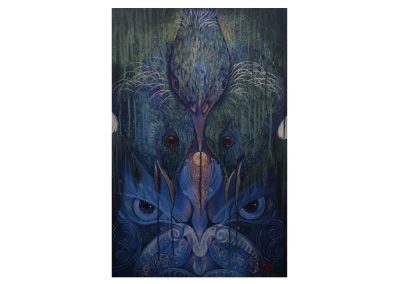 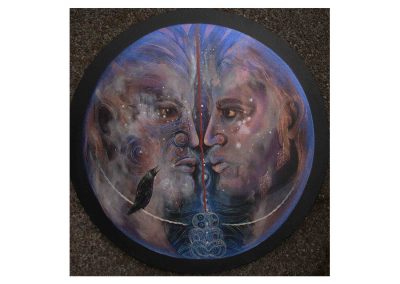 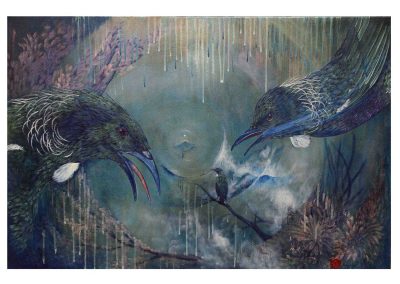 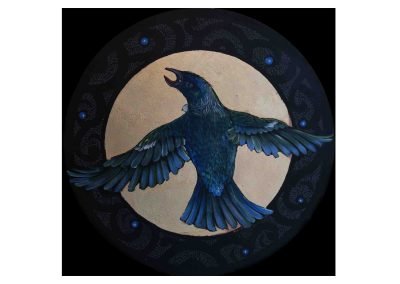 The throat of theTūī. He korokoro TūīRobin Slow
Acrylic and gold leaf on canvas
510mm diameter
$1,400 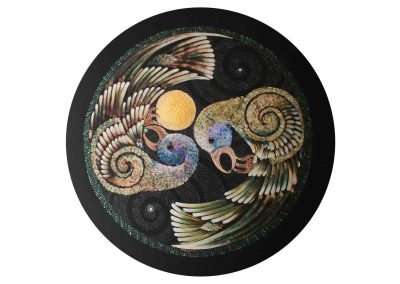 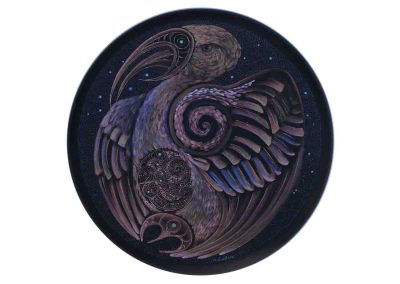 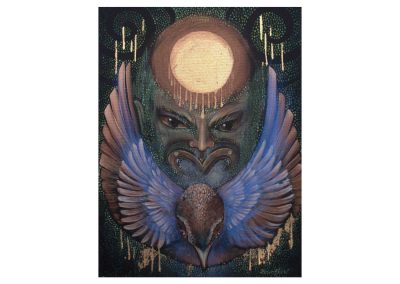 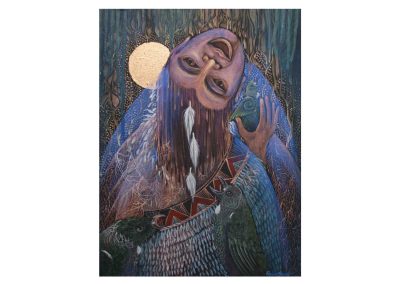