Peter’s lifelong passion for photography became his profession 25 years ago, when he embarked on a bicycle tour of the south island, along with 20kg of camera equipment! A self-taught photographer, he spent many years travelling the world as a photographer aboard cruise ships, returning home to New Zealand in 2003, when he began experimenting with a large format printer and printing onto canvas. Establishing relationships with prominent art galleries, Peter’s landscapes soon became popular artworks and he developed a keen following of admirers. Today, he is widely regarded for his photography, many of Air New Zealand’s business class Koru lounges feature his work and pieces are shipped around the world, with collectors including the family of the famous Swedish camera manufacturer, Hasselblad.

“Those moments when you happen to be in the right place at the right time are really rare, timing is critical and the light may only last for seconds, but when it all unfolds in front of you, it’s simply magic. Whether its wading through muddy mangroves or dangling from a tree for a better view, a degree of madness helps a lot! I strive hard to be original and capture iconic images that portray a different point of view.”

Peter continuously upgrades his equipment to ensure images of the highest possible resolution and detail are produced. As at September 2012, he shoots with a medium format Mamiya 645 camera paired with a Phase One P65+ digital back (the first one to be imported into N.Z., RAW files are 178Mb!) Phase One is widely regarded as the Photographic industry’s leader and is commonly used by the world’s most respected photographers. Peter is currently experimenting with a Gigapan device to capture images of extremely high resolution, capable of enlargement to several metres!

Peter personally prints all his own work onto acid-free U.V. canvas or 100% cotton-rag fine art paper. Using archival pigment inks, these processes are state of the art and the materials used are the highest quality available. Each piece is limited in edition and cannot be reproduced without Peter’s written authority.

“Print Permanence Ratings” (years before noticeable fading and or changes in colour balance) were published in April 2007 by the Wilhelm Research Institute of California, rating the “Print Permanence” of the processes and materials used to produce Peter’s art, to be greater than 250 years (under average indoor conditions.) Learn more here.

It’s a fusion of art and high tech in a very intimate way and Latham is a master photographer. 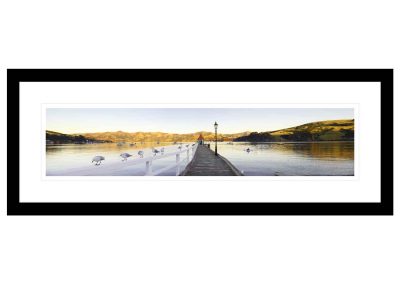