Nicholas Duval-Smith was born in Dunedin in 1969. He studied at the Otago Polytechnic School of Fine Arts from 1988 – 1990, and again in 2007 and 2008. He majored in sculpture and jewellery, and exhibits throughout Aotearoa.

Duval-Smith is inspired by natural form, and he particularly enjoys making things that invite interaction and play.

“As a young boy, I grew up in a household that was often turbulent, for a variety of reasons. There were places I could find peace, and one of these was in our dining room. This room had a large window, that gave an excellent view across Dunedin’s harbour to the hills on the North side, including Mt Cargill. My favourite viewing time was at dusk, when the hills would form this great dark mass as all the details faded and the horizon above them became sharper. I recognised them as beautiful then, and I recognise them as sublime now.

Around 2000, I realised the scraps of stone I had leftover from other projects reminded me of mountains, and the new series of Moving Mountains was born. These were initially made with an angle grinder which gave them a very coarse, earthy texture, but over time they became more finely detailed, resulting in the bronze castings Moving Mountains series.” 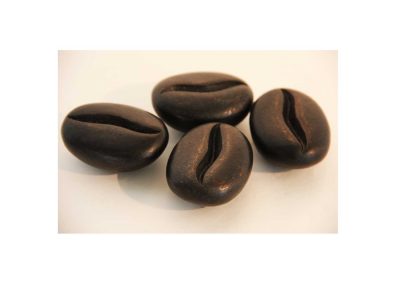 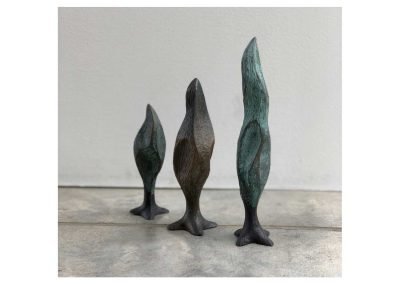 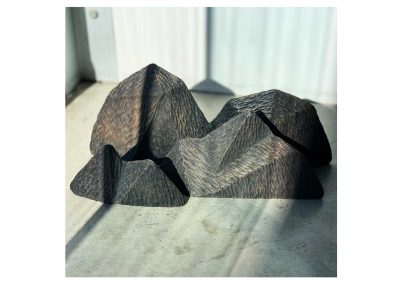