I am a jeweller, a designer/maker of sculptural works to be worn, working in precious and non precious metals, shell, bone and native timbers.

When botanists from Europe first landed in New Zealand, they were stunned by what they saw, a profusion of highly unusual plants, shrubs and trees, seen nowhere else. I seek to celebrate this incredible diversity in New Zealand’s flora, fauna and landscapes. I work with forms that have particular meaning to me, and, in a wider sense perhaps, to other people.

I continually hunt/botanise to find a natural form and simplify it to express the idea of the form in its essence; for example, a single blade of Harakeke (in sterling silver) composed of a long triangle folded close at one end, the surfaces finely scored with lines of fibre and the whole shaped to a natural graceful curve, terminating with a drop of water (in 18ct gold). The Harakeke (NZ flax) is particularly special to me; the memory of spring and hot summer days, the smell of the flowers and foliage…

My background is European – first generation New Zealander; my approach has been driven in part by the idea of a very early European jeweller arriving on NZ shores with a kit of basic tools and finding inspiration from a very different natural world from the Old World.

Living in Christchurch New Zealand, I work from home. My home town is Sumner, a coastal suburb of Christchurch; in my formative years the beaches of the area, the cliffs, the sea life, the hills and gullies containing native remnants such as Jollies Bush was my play ground and as such, has driven my interest in the natural world.

My first early interests were music and photography. I entered university with the aim to become a professional cellist, and at the same time started making precious metal jewellery as a hobby. University life did not suit me however and I became a part time professional orchestral cellist as well entering into an apprenticeship to train as piano tuner/technician.

Over the years the designing and making of jewellery has become more important and much more satisfying to me and has become a constant in my life. 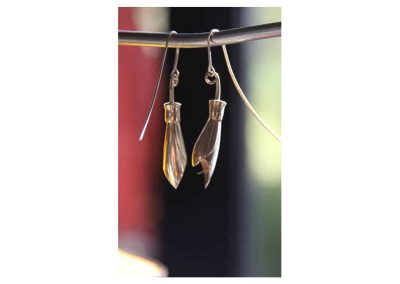 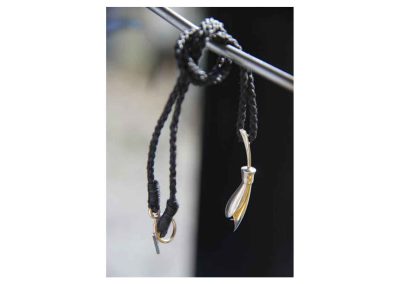 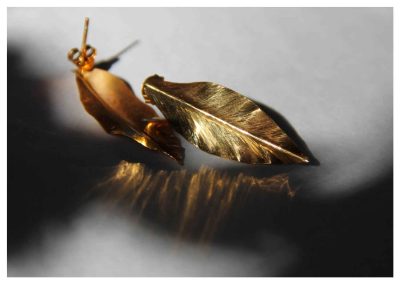