When entering many wharenui we view the relationship between the carved panels of the pou, the painted kowhaiwhai and the woven panels presenting histories and stories from the past to the relevance of the present. Contained in these are symbols, motifs and codes that trigger the memory, recall events, and direct types of action into the future. They tell of the relationships and connections between different parts of the whenua (land), of the people of the past and the present, and the connectivity between all the different elements that are represented. Nothing is in isolation, everything is connected and so to with this exhibition of works at Little River Gallery. The gallery becomes the ‘whare of the feathers’.

In this exhibition of the Whare Huruhuru Manu the stories are told not only of times glimpsed through a lens of distance and memories, but of recent histories to the present day. These stories were often told through the actions and inactions of different manu (birds), this form of personification reaching the highest level of thought and philosophy. Whakatauki were said, waiata sung, koreo spoken, manaia drawn and carved, adornments worn and woven as expressions of these creative thought processes. Robin Slow (painting) and Brian Flintoff (carving) together with the soundscape created by Bob Bickerton follow on in this tradition of visually forwarding on histories and stories to be reflected on and become immersed in.

From the painted images, carvings and reference points each has used in their works, Bob Bickerton created a DVD to enhance aspects visually but aurally as well. Voices of place, the manu, the people, often using words and song from the late Hirini Melbourne are intertwined together to form a piece to be contemplated on and be enriched by.

Robin Slow an artist whose work is also held in private collections, galleries and marae throughout the country has used paint to create traditional forms used in conjunction with natural forms to accentuate differences of time and place, to keep the narrative in a place where it can be easily understood today. The method of producing the work has a traditional background but there has been an evolving of techniques and materials. Kokowai, soot and clay were used on previous works but these pieces use mainly an acrylic paint that has reflective qualities and ‘shift’ the colour, very much like the tui feathers do in changing lights, and just like the kokowai the material has its own story to tell as it is applied.

For many years, Brian Flintoff has created taonga puoro (musical instruments) for players and musicians throughout the country. Not only do these create unique sounds but he has carved into them the stories and histories that are woven into their function. His works are held in many major galleries throughout the world as well as collections and marae here in Aotearoa. 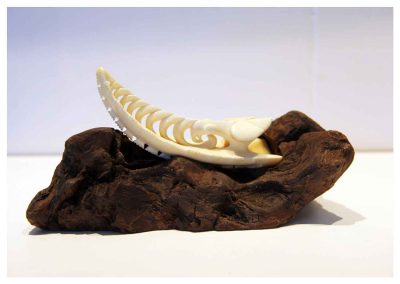 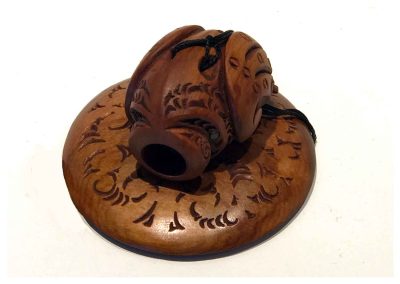 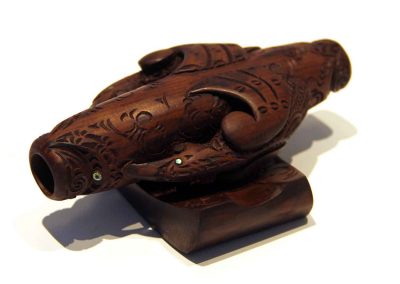 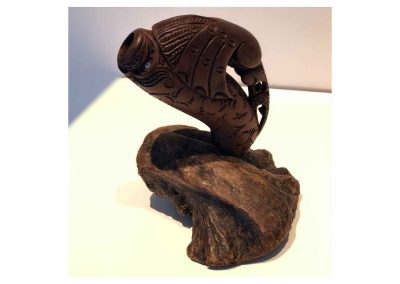 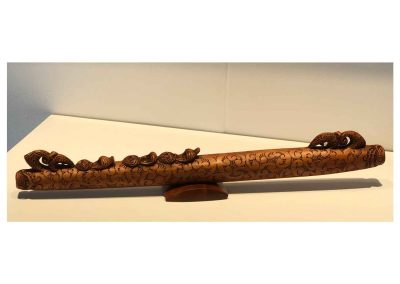